How to Keep Cat From Kicking Litter Out of Box? It is generally a well-known fact that cats are finicky, fickle creatures. They will seem to like one flavor of treats one day and then despise those same treats the next day. Sometimes they will be as affectionate as can be and then the next minute, they won’t stop running away from you. However, with enough time, care, and attention to detail, you will soon be able to learn of your cat’s quirks, attitude, and behavior around objects and parts of your house.

With that being said, there are some situations that are simply problematic no matter what. One classic example of a problematic situation is when your cat has a hairball. While there really isn’t much that can be done other than to clean the hairball up, nobody really enjoys it. There are some problems that are actually more fixable than they might appear to be at first. For instance, some cats get particularly enthusiastic about burying their droppings in the litter box, to the point where you notice that a fair amount of dirt has been kicked out of the box.

Nobody wants to clean up dirty litter and you might feel at a loss as to what you can do to make your cat stop. First things first; you will first need to understand why your cat is doing this. When you understand where a problem is coming from, you will have a much easier time finding the solution to that problem. There are several reasons why your cat might be kicking its litter out of its litter box. Unfortunately, figuring out that reason is going to involve a lot of trial and error.

In order to understand why your cat is so overzealous about kicking litter out of the box, you will first need to understand why it is doing that in the first place. Cats are notorious for being clean. After all, they spend hours upon hours each day grooming themselves. Cats, especially domesticated cats who have no purpose communicating to each other through droppings, do not want their droppings exposed. Not only do they smell bad to their delicate noses but most cats seem to recognize that the droppings are not meant for display.

Because of this combination of reasons, it is an innate behavior for most domesticated house cats to bury their droppings. Normally, this shouldn’t be an issue. There are some situations where your cat may feel that a simple burying job is not enough, therefore causing your cat to become too enthusiastic about trying to bury the dropping, which means that it will begin kicking litter out of the box.

Finding Out the Problem

There are a few reasons why your cat could be doing this. The simplest reason could be that your cat is simply not meaning to kick the litter out of the box. The cat is just trying to do its job of burying the droppings. This will commonly happen in litter boxes that have very low sides or are just generally small. The best way to go about remedying this is to try out a new litter box with higher sides or even a top-down litter box to prevent the cat from kicking any litter out at all.

Because cats will be even more inclined to bury deposits that smell bad, if your cat’s droppings are noticeably smellier than they should be, then your cat might just be trying to bury those droppings with all of its power. The only way that you will be able to tell if this is the problem is if one of your cats tends to have smellier deposits than the others, which you may notice as you routinely clean the litter box up.

This problem has a chance of being remedied with a change in diet, although this should be gone over with the vet in case there are any other factors that could play a role in your cat’s digestive health. Otherwise, there isn’t much that you can do to fix this one other than to invest in a litter box that the cat physically cannot kick the litter out of.

And finally, while this seems counterintuitive to most people, some cats will kick litter out of the box if there wasn’t enough litter to begin with. This is because when there isn’t enough litter in the box for the cat to sufficiently cover up its droppings, it will have to try harder to cover them. This can result in the cat becoming overzealous with the burying and kicking the litter out of the box in the process.

Both of these problems can be remedied by using the proper amount of litter. Most veterinarians will recommend between two to four inches of litter in the box, with there being enough litter to cover dropping sufficiently but not so much that the amount of litter negates the sides of the litter box.

Fixing the Problem and Preventing it

As for a solution, there is only one solution that will work regardless of the situation. That solution will be to invest in either a high-sided litter box or one that is top-down. Both of these will prevent your cat from kicking out the litter either purposefully or unintentionally. With high-sided litter boxes, you will run the risk of the cat kicking the litter out of the front if it is determined enough (a sign that the problem is not because of the litter box but caused by something else). On the other hand, with top-down litter boxes, your cat may still feel the instinctual urge to bury, which can result in repetitive scratching on the walls of the litter box, which is a separate problem to deal with. How to Retrain Cat to Use Litter Box? How to Hide Cat Litter Box? 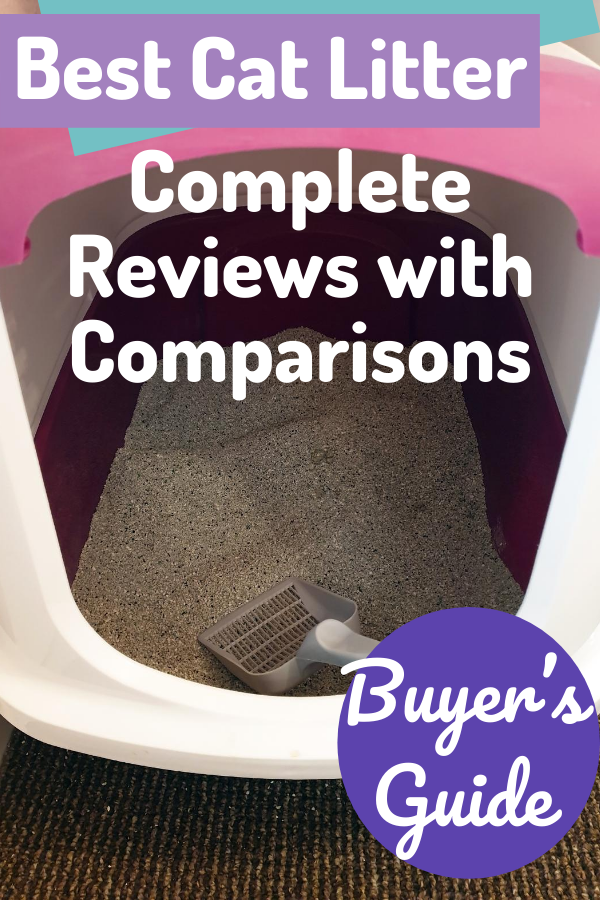